We had a busy couple of days last weekend out and about getting into the Christmas Spirit. On Friday night we attended the Horbury Lights switch on event and spent lots of time speaking to people about our pantomime Jack and the Beanstalk and advertising the production.

On Saturday we spent the day at the Ossett Christmas Lights switch on with our famous Hoopla stall to raise some funds for Horbury Pageant Players. We also spent time handing out flyers for Jack and the Beanstalk. A huge thank you to everybody who came along to help us run the stall and to everyone who came and gave our Hoopla a go. These events are so important to us and your support does not go unnoticed.

We have had an amazing summer of fundraising at Horbury Pageant Players. You may have seen us at the Illingworth Park Gala, Horbury Street Fayre and Horbury Show. Events like this are so important to us in order to raise vital funds for our annual shows. We’d like to say a huge thank you to everybody who came and supported us at these events and everybody who came and helped us run our Hoopla stall. Remember – If you hoop it, you scoop it!

We were also extremely honoured to be asked to join in the Platinum Jubilee parade at the Horbury Show to celebrate the past 70 years in Horbury under Queen Elizabeth II’s reign and join in the world exclusive performance of the specially composed song all about Horbury’s history.

This past year has been absolutely amazing! We’d like to thank everyone who came to our show and supported us. We really owe it all to our audience and we are so happy that we can provide you with entertainment year after year!

This year, in particular, thanks must be given to everyone who has donated to our various fundraising events. This has been a substantial contributor to our profits, and we certainly couldn’t do it without your help! This year alone has seen us fundraise through cast parties, race nights, bag packs and town fairs. We’ve had so much fun doing it and can’t wait to do it all again when we can!

Take a look at some pictures from our fundraising this year below!

Four Horbury residents have been recognised by the Rotary Club of Horbury and Ossett Phoenix for their long term commitment and contribution to local community life. All four were invited for a meal at the Rotary Club meeting where they were each presented with a framed certificate, trophy, and a celebratory bottle of wine, as a memento of their evening and acknowledging all they have done.

Wendie and David Wilby in recognition of their unstinting and selfless work for over 20 years with Horbury Pageant Players, and providing development opportunities to many people in our community.
Wendie and David had experienced life on stage in Ossett, Wendie in amateur dramatics and David as a choir member. 22 years ago the Horbury amateur theatre group, Horbury Pageant Players, asked Wendie to stand in at short notice after one of the cast had to drop out due to illness two weeks before a show. She soon learned the script and the show went on to be a great success.

Further acting parts followed before she changed role and became that of Producer/Director which involved sourcing the script, and organising auditions and rehearsals many months before the curtain goes up, and most importantly, directing the cast and crew. Up until a few years ago the group would present the pantomime in February plus a musical review in the summer, quite a commitment. All this wouldn’t have been possible without the help and dedication of countless other volunteers over the years.

Husband David, being a loyal supporter, soon found that his joinery skills were required, making scenery and props, having learned how things worked back stage, he gradually moved into the difficult co-ordinating role of Stage Manager.

Over the twenty two years that Wendie and David had been involved with the Horbury Pageant Players, hundreds of people from the local community, from the very young to the more mature, have been on stage, gaining experiences which have boosted their confidence and skills for life. A few have gone on to study at RADA in London.

Having retired from the stage in 2018 Wendie and David were able to relax by attending the opening night of the 2019 pantomime. When presented with their award they modestly pointed out that the Pageant Players Group could not present the productions it has over its 72 year existence without the help of countless volunteers, players and of course public support. 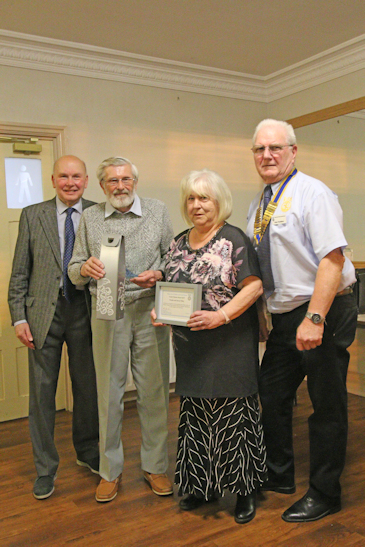 (Read more about the other recipients here!)

Tonight at our rehearsal we had a very special visit from Mike Adams, chair of the Horbury Common Lands Trust, and we couldn’t be happier with all the generosity and support we have received from Mike and the HCLT in the past few months.

We are very proud to have been a part of the Horbury community for so long and are looking forward to continuing this for many years to come. Horbury is a lovely town, and the support we receive each year from the local community has been integral to our reasoning for continuing running our productions each year.

Once more, we thank Mike and the HCLT for all their hard work and faith in our group. It is much appreciated and their support will do wonders! 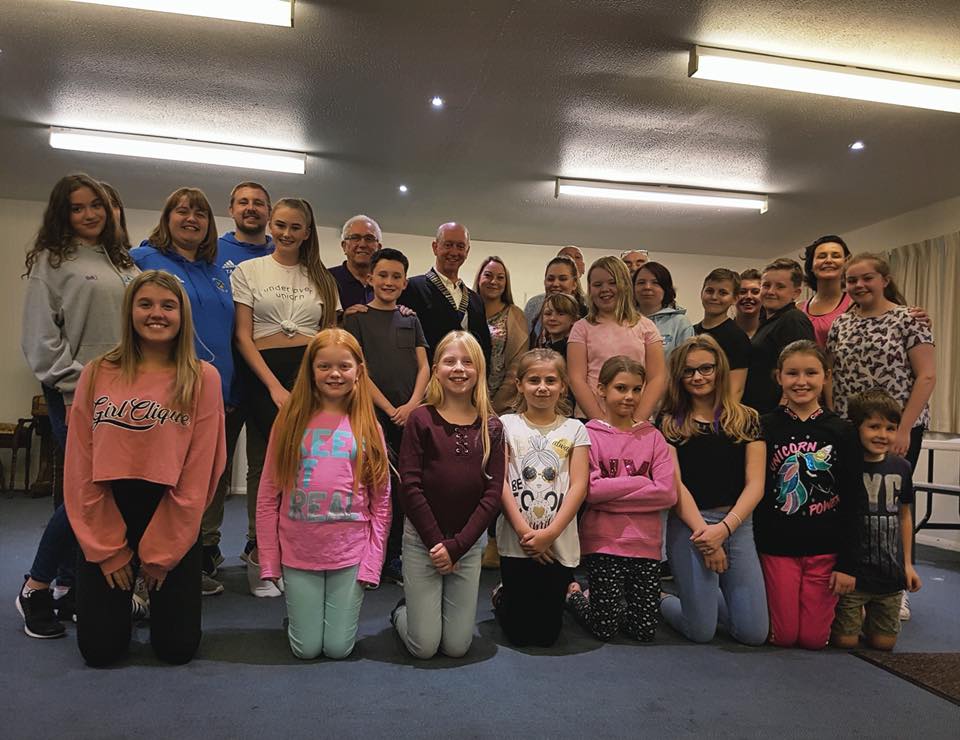